Since 1993, Mr. LaBoon has focused his trial practice on tort defense with an emphasis on asbestos and silica litigation involving products liability, contractor liability and premises liability claims. Over the past 20 years, he has developed substantial experience in the state-of-the-art defense, medical causation and epidemiology.

Mr. LaBoon represents numerous manufacturers, premises owners and construction contractors in asbestos and silica cases. He has served as National Coordinating Counsel for a respirator manufacturer in silica cases across the country. He has also served as state trial counsel for multiple asbestos defendants and was part of the national trial team for two major asbestos manufacturers.  As lead and co-counsel, Mr. LaBoon obtained defense verdicts in numerous asbestos personal injury and wrongful death cases, as well as general personal injury and products liability cases across Texas.

Texas Industries for the Blind and Handicapped, Board of Directors, 2012 – present

President of the Overlook at Treemont HOA, 2005 – present 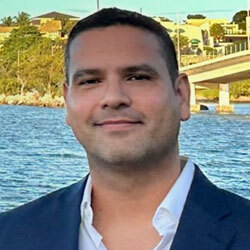