Raul is an experienced trial lawyer that has practiced law since 1997.  He devotes the large majority of his practice to litigating civil business disputes. He has represented numerous lawyers and law firms in high stakes professional malpractice and other lawyering disputes. He has also represented other professionals including accountants, architects, engineers, insurance agents, and real estate agents among other professionals.  He has also represented clients in disputes over asset/stock purchase and merger agreements, claims under the Texas Securities Act, contract disputes, construction litigation, employment disputes, and other commercial litigation. Raul has also handled probate litigation and defended fiduciaries in the context of probate proceedings.  In addition to appearing before several state and federal courts, Raul has represented clients in arbitrations, as well as proceedings before the State Bar of Texas, Texas Board of Architectural Examiners, Texas Real Estate Commission, Texas Board of Medical Examiners, Texas Workforce Commission, and other administrative forums.  On the transactional side, Raul has assisted several people in their estate planning needs as well as forming new businesses.

Raul is a native Texan whose father immigrated to the United States from Chile and mother from East Germany, both at a young age.  Raul grew up in Dallas and moved to Houston to attend law school.  He has been married to Shelley since 2002 and has three children.  In his spare time, he enjoys spending time with his family, working a smoker or grill, gardening, and watching pretty much any sport.  He also enjoys volunteering his time with the University of Houston Law Center Alternative Dispute Resolution competition teams.

Raul has been associated with Martin Disiere Jefferson & Wisdom since 2001, where he began as an associate and eventually became a partner. 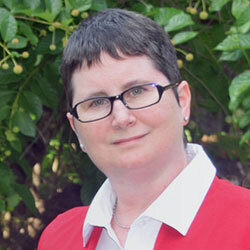