Christopher “Chris” Grimm is an experienced trial attorney whose practice focuses on zealously defending personal injury lawsuits. He also has extensive experience in lawsuits involving civil and commercial litigation, mass torts, deceptive trade practice claims, labor and employment, land disputes, and probate. He is licensed to practice in all Texas state courts and the United States District Courts for the Southern and Northern Districts of Texas. His wealth of experience includes briefing and arguing appeals before the Eleventh and Fourteenth Courts of Appeals.

When Chris attended Dartmouth College, he was a valued member of the baseball team. He carried the same team-player mentality and winning approach with him to South Texas College of Law, where he participated in several national moot court competitions. He brings that same approach to working with insurers and their insureds in shaping and driving the defense team toward the successful conclusion of litigation. 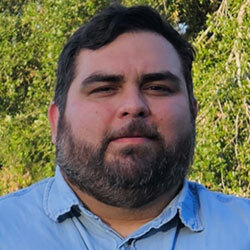