While Harvey made landfall, Texas policyholder attorneys inundated social media, online publications, and evacuees at shelters with dire warnings of changes to Texas insurance laws that would go into effect last Friday, September 1st.  The policyholder attorneys’ campaign showed a unified and aggressive position of great alarm while flooding and evacuations were still happening statewide.  Our firm counted 27 different policyholder firms transmitting the same basic message across every digital platform available while the torrential rains were still falling across Texas, and we presume there were many more which we didn’t see. 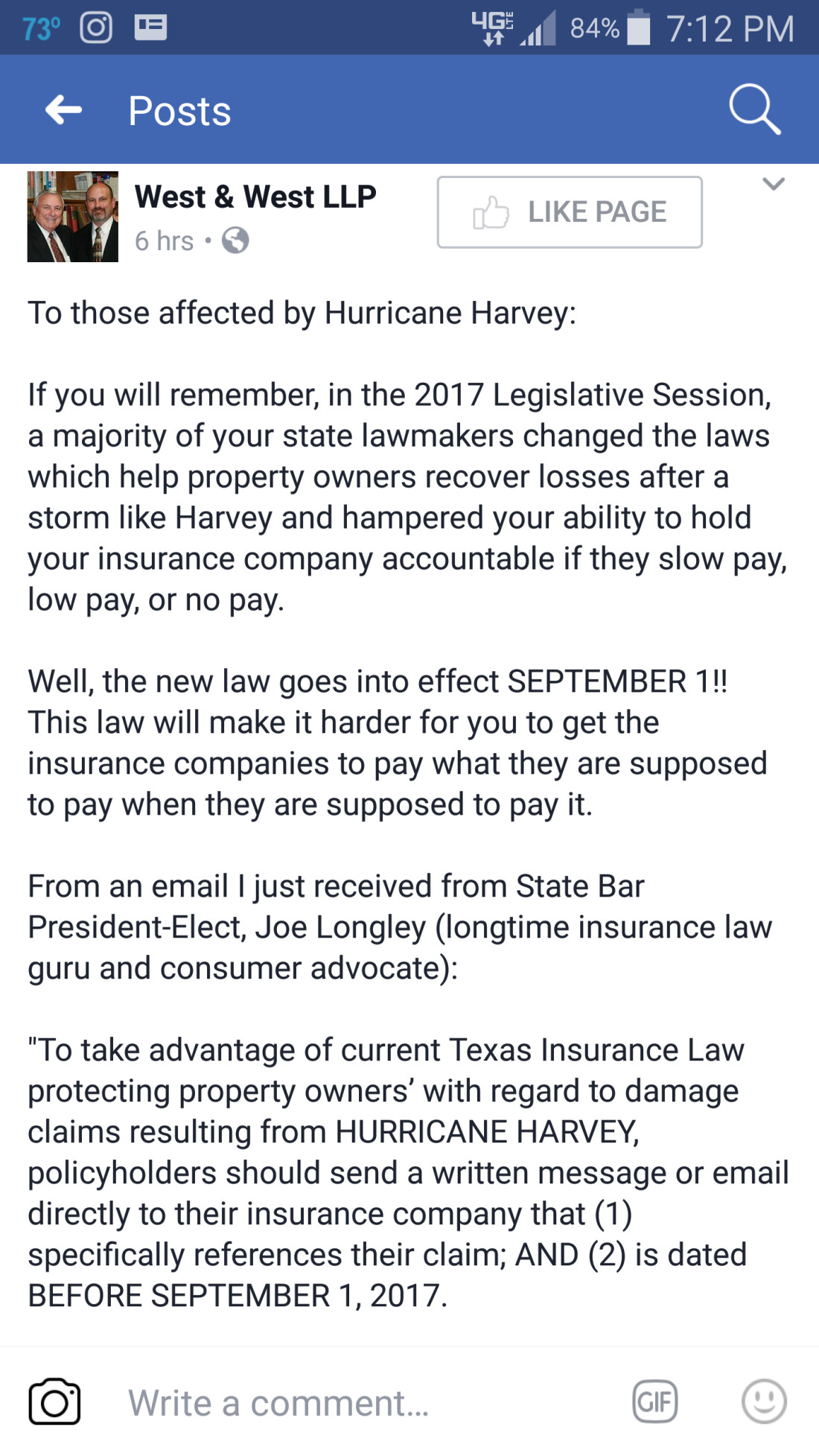 We anticipated that this would mean insurance lawsuits being filed sooner than we typically see following a major storm, and that is exactly what happened.  As reported this week by Claims Journal, the first Harvey lawsuit was filed on Thursday, August 31st, less than one day after the rains of Harvey stopped in Houston and while city-wide evacuation efforts were still underway.  Article. In response to panicked policyholders and sensational claims by plaintiffs’ lawyers statewide, both the Texas Department of Insurance and Governor Greg Abbot spoke on the issue by reassuring policyholders that none of the laws affecting their claims had changed.  (TDI Statement link no longer available)  Governor Abbot called the policyholder attorneys’ recent unified attack “bogus.”  VIDEO   But, the damage may have already been done perceptually, and that was presumably the primary goal of the policyholder lawyers who sparked last week’s panic over the new wind/hail legislation.